Defending champions Yorkshire find themselves in a strong position after the opening day of their title defence as Worcestershire finished 264-8 at the close of play.

Jack Brooks and Tim Bresnan took three wickets apiece to arrest control back from their hosts after Moeen Ali and Tom Fell compiled a partnership of 118 with the latter scoring his first Division One century and just his third in first-class matches.

Returning from an injury suffered during the World Cup,Ali made 62 and looked in good touch before Bresnan removed the England man which caused a collapse from 129/2 to 216/7.  Fell’s departure for 114 as the seventh scalp wrestled control for Yorkshire, but Gareth Andrew, who continues tomorrow on  42, could build a partnership with the lower order.

Yorkshire are without six players who are away on international duty as regulars Joe Root and Gary Ballance were joined by spinning all-rounder Adil Rashid, opener Adam Lyth, wicketkeeper Jonny Bairstow and fast bowler Liam Plunkett – who are all away with England in the Caribbean for the three test series.

Durham showed off their title credentials at Taunton, bouncing back from a Johann Myburgh ton to bowl the home side out for 299 as Paul Collingwood rolled back the years to be the pick of the bowlers.

The 38-year-old picked up 5/57 as he ran through the Somerset middle order dismissing Hildreth for 53 before removing  Jim Allenby, Alex Barrow and Peter Trego all for single figures as well as getting Myburgh for a well made 118.

It was a day for the former England men as Graham Onions also starred with the ball as he took 4/59 cleaning up the lower order as the home side crumbled from 224-3 when Myburgh was out to their total of 299 all out.

Somerset did get themselves a foothold when they had Durham 13-2 in their reply after Mark Stoneman and Keaton Jennings fell to Lewis Gregory but Scott Borthwick (52*) and Michael Richardson (35*) built a solid platform from which they will look to push on from on day two after ending the day on 98/2.

Elsewhere in Division One, Luke Wright fell just four runs short of a century as he was dismissed for 96 as Sussex recovered from three early setbacks to end the day on 300-6.

Playing his 100th first-class match for the county, the 30-year-old combined with wicketkeeper Ben Brown to take his side to a decent score after they were teetering on 22/3 when they lost Michael Yardy for just six to add to the dismissals of Chris Nash (11) and Luke Wells for a duck.

Ed Joyce and Craig Cachopa both made 40s (42 and 41 respectively) before Wright and Brown came together at 128/4. When Wright was out the pair had put on 146 for the sixth wicket and repaired much of the damage which was done by Hampshire debutant Gareth Berg, who impressed taking 2/47 having made the move south from Middlesex.

Brown ended the day on 85* batting with Ajmal Shahzad looking to build on a good position they found themselves in against the newcomers to the division Hampshire.

While in Division Two, Glamorgan look to be putting together a mammoth first innings score thanks to hundreds from captain Jacques Rudolph and William Bragg as they ended the day on 294/2 against last year’s bottom side Leicestershire.

The pair tumbled records as they racked up a partnership of 227 beating the previous second-wicket stand against Leicestershire of 173. This all came after the loss of an early wicket as Atif Sheikh picked up the wicket of James Kettleborough.

Rudolph made the most of the lives given to him when on nought and 68 to score 111, making him the scorer of the earliest century in Glamorgan’s history beating the record set by Mark Wallace in 2004. While his partner Bragg went on to record his highest first-class score as he ended the day 113* beating his previous best of 110, which also came against the home side.

It leaves the host and new captain, Mark Cosgrove staring down the barrel of what could be another defeat as they look to end a run of two years without a single win in the County Championship. 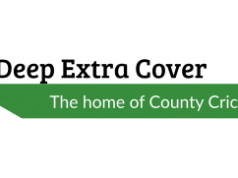