Despite the typically miserable British summer heavily affecting matters in the County Championship this week, there were still plenty of standout performances, with heavy scoring from batsmen and attractive figures for pace bowlers. Spare a thought for the spinners, however; this time of year should be manna from heaven for the twirlers and tweakers, but the absence of hot weather and dry pitches has blunted their armoury somewhat.

Alex Hales (Nottinghamshire): The opening batsmen produced impeccable timing in every sense to score 189 just as Adam Lyth’s Test opportunities surely drew to a close, for now at least. Hales must be the next cab off the rank now, as a partnership of 257 alongside Steven Mullaney put Nottinghamshire firmly in charge against Warwickshire.

James Hildreth (Somerset): Some shocking weather in the southwest meant that less than 200 overs were possible before the umpires declared a draw. That said, there was still plenty of time for the wonderfully talented Hildreth to score an unbeaten 220. As the situation remains tight at the bottom, Somerset may well curse their luck, as torrential rain put an end to what would surely have been a win against Worcestershire.

Peter Trego (Somerset): Alongside Hildreth, the ever-entertaining Peter Trego scored an unbeaten 130 as Somerset rattled along at five an over in a crushing partnership of 221.

Gary Ballance (Yorkshire): At Hove, Gary Ballance showed the requisite poise and resilience that had been missing from his game for large parts of the summer. An innings of 165, by all accounts, started off in scratchy fashion, but by the end, Ballance had shown his class to demonstrate that his 2015 may end in better mood than it started.

Michael Yardy (Sussex): It’s that time of year again. With the certainty of summer turning into autumn, we see our favourite cricketers retiring and riding off into the sunset. An immensely popular figure who has not been without his troubles, Yardy scored what will probably turn out to be his last first-class century this week against Yorkshire, signing off fifteen years of service in perfect fashion.

Ben Foakes (Surrey): In another game sadly truncated by the weather, Ben Foakes took advantage of a game that looked destined for a draw from early on to score an unbeaten 140.

Clint McKay (Leicestershire): In one of the few games that got anywhere near a conclusion, Leicestershire had the better of things before they were denied a third win of the season by Northants. The foundations were laid by Clint McKay, who kick-started matters with a five-wicket haul in the first innings, before taking 3/35 in the second.

James Harris (Middlesex): James Harris is having a wonderful season. This week, he took 5/71 as Middlesex defeated Durham in an entertaining clash at Chester-le-Street, the Welshman taking his tally to 66 for the season at an average of just over 23.

Chris Rushworth (Durham): It’s official: Chris Rushworth has had the most successful first-class season of any Durham bowler ever. The paceman took his seventh five-wicket haul of the season against Middlesex, moving beyond Ottis Gibson’s tally of 80 in the process.

Graham Onions (Durham): It was indeed a curious game up at Chester-le-Street. Graham Onions’ 7/68 looked for all the world like it would put Durham firmly in charge against Middlesex, only for the away side to battle back in the second innings, as a target of 308 proved beyond the hosts. 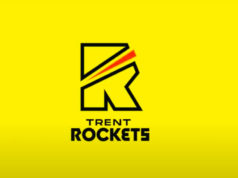