Warwickshire’s win in the Royal London One Day Cup was achieved with a team performance of ruthless efficiency. On a cloudy autumnal day and in front of a more than decent crowd of around 20,000, the Bears firstly squeezed the life out of the Surrey innings and then cruised to a trouble-free win with almost 20 overs to spare. By four o’clock, it was all over bar the presentations.

The Warwickshire innings, as so often, revolved around Jonathan Trott, who made his calm and untroubled way to 82 not out with ten boundaries. Like the water flowing over Niagara Falls, there was a total inevitability about his progress in steering the Bears to victory. His average for the tournament progressed to 85 with three hundreds and two fifties.

The Surrey bowlers could do little to stop the flow. Sam Hain reverse swept Zafar Ansari to be caught at short third man and Ian Bell gloved a short ball from Stuart Meaker to Ben Foakes. But Tim Ambrose ensured that there were no last minute hiccups before the trophy was landed.

The match was played on a dry pitch, which didn’t have too much pace and offered lateral movement for all bowlers. Even so, Surrey will have been disappointed with their below-par batting performance.

There were only two stands of any significance in the Surrey innings. Jason Roy and Steven Davies put on 45 for the first wicket; and Kumar Sangakkara added 49 for the third wicket with Rory Burns.

In between, two dazzling pieces of fielding checked Surrey’s progress. Firstly, Laurie Evans took a magnificent one-handed catch at mid-wicket to remove Roy off Chris Wright’s bowling. Then Davies was brilliantly stumped down the leg side by Tim Ambrose off an Ateeq Javid wide. This gave Ateeq the quirky figures of 0-0-0-1.

Kumar Sangakkara and Rory Burns looked to have repaired the damage but, on a pitch with some lateral deviation for seam and spin bowlers alike, neither looked comfortable. One ball short of halfway, Surrey were 99-2.

Then Oliver Hannon-Dalby removed Sangakkara and the Surrey innings went into a nosedive. Over the course of 15 overs, they lost their last eight wickets for just 37 runs.

Hannon-Dalby bowled an excellent spell of eight overs, in which he took 2-27. The ball that trapped Ben Foakes lbw cut back sharply at him.

Ian Bell juggled his bowlers skilfully. Both Ateeq Javid and Jeetan Patel bowled from the Nursery End, seeking to turn the ball against the slope. They succeeded to the extent of four wickets between them, off 14 overs for just 43 runs.

Zafar Ansari went for nought to a leading edge off Patel, Laurie Evans taking another good catch. Sam Curran threatened lively resistance, but then tried to pull a straight ball from Ateeq. His brother soon followed, run out by a combined effort from Hannon-Dalby and bowler Patel.

The return of Chris Woakes to the attack hastened the end for Surrey. The England man bowled Gareth Batty for nought. Then Patel removed the persevering Burns for a scratchy but valuable 40.

The New Zealander was visibly distressed to have what looked to be a certain lbw against Dernbach turned down. His annoyance was compounded when Dernbach hoisted the only six of the innings over wide long-on. Soon enough, however, Woakes ended the Surrey innings on 136 by bowling Dernbach. He finished with 2-24 from his 9.1 overs.

With the exception of Rikki Clarke, all the Warwickshire bowlers contributed. After Roy and Davies struck four boundaries each, the rest of the Surrey batsmen contributed just four fours – plus that Dernbach six.

Overall, this was a performance of near perfection from Warwickshire. They will hope that they can take the same standard into their relegation battle with Lancashire in their final Championship game. 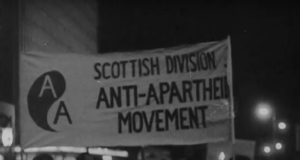