The England cricket team’s first tour since the Second World War was deemed a “goodwill tour” by then Prime Minister Clement Atlee. Even the Captain of the Australian Services XI, Lindsay Hassett said ”Let’s have no more talk of war in Cricket”. So that was a good start.

And then they got there.

Due to a number of things, including lack of preparation time, Donald Bradman, Wally Hammond’s unimaginative leadership, the fact that only three of their team members were under the age of 30 and maybe even that the former war transport ship that took them to Fremantle was “dry” – the Ashes was lost 3-0. An all too familiar story.

I like reading historical sport books. I quaffed Brian Granville’s History of the World Cup and my favourite at the moment is Steve Bunce’s Big Fat Short History of British Boxing which, when you read it (and you should), will take you back to the days of World Title Boxing on Sportsnight every Wednesday night. Regulars of DEC may also remember my review of Tickner and Miller’s 28 Days Data, which can be found here.

A history of the England Cricket Team’s tours since 1946, Ambassadors of Goodwill has earned a place among those favourites.

Award winning author Mark Peel’s new book is an historical overview of MCC tours that goes through the experiences of all the sides that are touring, comparing examples of how cricket tours have change with time. For example, the length of time it once took to travel; that bringing families depended on the wealth of the cricketer’s family and the fact that opposition teams shared the same hotel and socialised with each other.

The experiences range from tensions on and off the pitch, aloof captains, interesting press conferences, discord between teams and management (their own, never mind the opposition), the politics embroiled in touring and the obligatory hammering by the hosts.

Most will know, and enjoy reading about, the Basil D’Oliviera saga surrounding the tour to South Africa in 1968 or Garfield Sobers’ interesting declaration at Port of Spain earlier that same year. But often overlooked is that the great commentator Richie Benaud was also one of the great test captains of all time. He is not overlooked here, though, and you can read how he dominated the 1958/59 Ashes series.

It’s well researched, the sources are reliable and the author is able to summon up individual accounts and archival material. There are twenty chapters, all of which are short and full of detail. Yet it’s not so much detail you get bogged down.

It’s a very interesting read, particularly in regard to the changes not just in way we tour, but also to personal experiences. Although it could be argued that £18.99 is a tad expensive, what you get is three hundred pages of good facts, good detail and well written accounts.

Anyone reading this book will take something from it (even a fully fledged Cricket geek of the highest order). 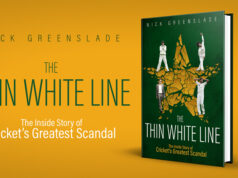 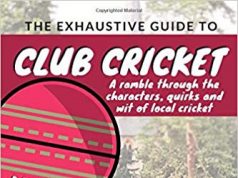