Home Comment and Analysis The Return of the Mambo Number 5

A lot has already been said about the return of Test Match Cricket to Channel 4; mostly positive, but not all. Some have chosen to highlight the lack of digital content on display throughout the five days, others have highlighted the positive impact the money from pay-to-view TV channels has had on the English game, arguing that the cost of a subscription to the services broadcasting the sport is not that great when you consider the positive impact on the British game it has provided.

Firstly, it is correct to highlight a lack of digital output. Younger generations consume media in a different way to their parents and cricket media must continue to cater to those tastes.

Personally, I enjoy the highlight packages Sky Sports put together for their YouTube channel. They are a time-efficient way to catch up on a day’s cricket in a typically busy world. Channel 4 chose to put their highlights on their on-demand site, All 4, which is unlikely to be a website that people under the age of 20 frequent, unless like me they are keen to re-watch episodes of ‘Fraiser’ and ‘the West Wing’.

YouTube has cemented a place in both cricket and the day to day lives of young people, so it would be wise to maintain a connection between the two. Moreover, going forward broadcasters (free to air or otherwise) would be wise to invest in their TikTok content if their aim is in fact to attract a younger demographic.

On the other hand, what we must not do is boil the entire digital sphere down to a singular entity. Yes, clips of Virat Kholi and Joe Root racked up thousands of views on Twitter, but recent studies by Statista have shown that, on average in the UK, around 70% of Twitter users are over the age of 25. Another Statista study revealed that whilst 44% of surveyed 15-25 year-olds claimed to use Twitter, around 76% said they used Instagram and 82% said they used the most popular social media in the age group; YouTube.

I’m a massive advocate of getting cricket online. In essence, it serves a similar role to terrestrial television – cricket content that is free at the point of use for anyone with a stable internet connection. According to OFCOM’s most recent figures, more than 880,000 children currently living in the UK don’t have said internet connection, but online cricket content is a fantastic tool to engage a wide audience of young fans if used effectively.

Cricket has a place on terrestrial television and in the digital world, and we should be pushing for the two to be working in tandem, rather than talking about one being an alternative to the other.

Secondly, it is again absolutely correct to highlight how much TV deals have helped the financial side of County Cricket. As Times Sports reporter, Elizabeth Ammon, rightly pointed out on Twitter recently, many counties may not have survived the financial implications of the pandemic had it not been for the large amount of investment received from TV deals over the last 15 years.

Moreover, Sky does a fantastic job on coverage: the members of their commentary team are insightful and entertaining, their ‘Masterclasses’ are exactly what young cricketers who want to develop their game should be watching, and their coverage of Black Lives Matter this summer was both poignant and powerful.

These statements are both facts, but they should be a part of the discussion and not the end of it.

My first taste of cricket came just before the 2005 Ashes, and then it disappeared from my TV without so much of a goodbye. What I was left with was an unhealthy affection for Test Match Special – that appears to have finally manifested itself into a career in radio – and a childhood where I so rarely got to see my heroes play live.

There were exceptions, with my dad paying for a month here or there to watch the Ashes, but this is genuinely the first time I have seen England play India in India live. Whilst I acknowledge the irony of cricket returning to Channel 4 just as I became financially self-sufficient enough to pay for Sky Sports, there will always be a 14-year-old Ben who I know is intensely jealous of how lucky I am to have it back.

While it is worth emphasising the help TV deals have afforded some English Counties and praising Sky raising the standard of cricket broadcasting in this country, neither of those facts make up for the fact that the most viewed game in 2018 – a year in which England’s greatest ever opener Alistair Cook retired, having never faced a ball on terrestrial TV – was an exhibition game put on by the Test Match Special commentary team.

Cricket is not like any other sport, so it’s not fair to make too many like for like comparisons, but when I can see Football, Rugby, Tennis, Netball, even American Football – a sport played in a league that does not contain any English teams – on free to air channels, I find it troubling that there is not at least some barrier-free cricket on display.

I was scrolling through TikTok (as one does as we near the third month of a third national lockdown within the last year) and I was intrigued to see an Australian who could not believe that we do not have cricket that is free to view in our country. He acknowledged that their coverage is not always perfect, but also could not believe how lucky Australians were in comparison to the English.

I would never argue that all cricket should be broadcast on terrestrial TV. The financial situation is such that it simply would not be viable. However, drawing a parallel to another British sport: it would be absurd to claim every Premier League game should be broadcast on the BBC and ITV, yet imagine the outrage were the World Cup was placed behind a pay-wall.

Of course, this is not a silver bullet for the barriers and the elitism within the sport. So much more work needs to be done, in so many different areas, by virtually every single member of the cricket community in that respect.

And yet, the most viewed premier league game in this country was a game between Southampton and Manchester City that had very little bearing on the outcome of that particular season. The 2019 Rugby World Cup had more viewers in this country than the Cricket World Cup in the same year, despite the Rugby World cup starting early in the morning and resulting in a loss for our team.

Casual viewership normalises the sport, it demystifies the unknown and it makes people want to come back for more. This week, I have been inundated with questions from people who have never really watched the sport before (along with some pictures of very sweet babies watching along in the early hours, which have been the perfect lockdown antidote). When anyone can watch cricket, you will find that a lot more people do.

I cannot say what is next for English cricket; we are still half-way through this experiment. When England secured victory in the first test, right as many children across the country would have been eating their cornflakes, it seemed important – but one win is unlikely to inspire the next generation of Joe Roots and James Andersons overnight.

What I can say is I cannot recall a tour of India being this talked about by non-cricket fans, which is concerning when you stop to consider the fact that an England side has won a series in India in the last 10 years.

Investment still needs to be made into how cricket continues to grow in a digital era and it is unrealistic to think all cricket can be broadcast on terrestrial channels. With all of the information considered, however, the conversation has for too long been “why should test cricket be on free to air TV?” when really, the question is: why should it not? 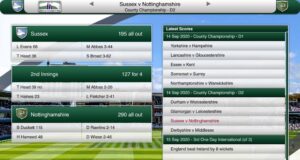