After four years of steady progress under Director of Cricket Angus Fraser, 2014 was a real disappointment for Middlesex as they struggled in all three formats.

While a strong start in four-day cricket had seen them top Division One of the County Championship after six games, a loss of form saw them dragged into a relegation dog-fight, with the drop only avoided on the final afternoon of the season, courtesy  of a battling draw away at Lancashire. With Fraser having questioned whether his side were “tough enough” last summer, new signings have been made – Adam Voges replacing Chris Rogers as overseas and four-day captain with Rogers unavailable due to Australia commitments, and most notably, a return to Lord’s for Nick Compton who arrives back at Middlesex keen to win back an England spot.

Former New Zealand all-rounder James Franklin has made use of his Irish passport to join the squad as a non-overseas player, and will join a squad hoping to bounce back from a season to forget last time out. White ball improvement is imperative having won just five out of 22 shorter form games in a season where advancement to knock-out matches was never likely, though the form of youth products such as Harry Podmore and Ryan Higgins last time could give a few reasons to be cheerful.

While Middlesex supporters seem happy to write 2014 off as a blip, another season of under-performance from the bigger names could see the grumblings increase, but with Steven Finn likely to be available for much of the year again to spearhead a potentially formidable seam attack and Compton adding consistency to the batting, there will be plenty hoping Middlesex will be challenging towards the top, rather than the bottom, this time around.

Almost unarguably county cricket’s best performer over the past five years, the re-signing of Nick Compton could be the bit of business that turns Middlesex from also-rans into contenders. Having struggled for consistency ever since Compton swapped Lord’s for Taunton in 2009 and now missing the near-guaranteed runs of Chris Rogers, the former England opener’s decision to return to his first county will surely shore up a talented but flaky batting line-up.

Averaging 55 in his five seasons with Somerset, Compton will be determined to remind the England selectors of the ability that saw him score two centuries in nine Tests before being discarded just before the 2013 Ashes. At 31, Compton is a far more complete batsman than the one who left Middlesex first time around, with a slow career strike rate belying his timing and placement that could be key in a collapse-prone limited overs top order. Fully settled back into the city he loves and reaching his peak, don’t bet against Compton giving that infamous 1000 Runs in May attempt another serious challenge.

Born on New Year’s Eve 1993, Nick Gubbins announced himself as a batsman with real potential with three half-centuries in his first four Championship innings – narrowly missing out on a maiden century after being run out for 95 against Somerset. While a front-foot pull to Boyd Rankin that ended up in the Uxbridge car park turned a few heads, Gubbins’ game is built more on steady accumulation than extravagance, with the left-handed opener following the example of resolute team mates Chris Rogers and Sam Robson, who Gubbins has clearly learnt a lot from.

Gubbins’ appearances may well be dependant on the international future of Robson, which is as yet unknown, but he proved an able deputy when Robson was on Test duty last summer. While his form tailed off towards the end of 2014 after his red-hot start (he was hardly the only Middlesex player who suffered towards the end of the summer), if the 21 year old puts this behind him and starts scoring regularly expect plenty of comparisons between him and another left-handed opener and Radley College graduate – Andrew Strauss.

With the hugely popular and highly successful Chris Rogers unavailable for the season due to Australian Test commitments, Middlesex required both a high-class batsman and a new four-day captain. With full availability paramount for Angus Fraser, the Director of Cricket dipped into his contact book to find the man who replaced Rogers the last time an Ashes series ruled him out – Adam Voges. Voges, who also has county experience with Hampshire and Nottinghamshire, impressed in Middlesex colours during his short stint in 2013 (averaging 55 in four matches), and will be asked to captain the four-day side, as well as to step into the considerable hole in the batting line-up left by Rogers.

Confidence will be high for 35-year-old Voges, having just finished an Australian summer that saw him score six centuries in the fourth highest Sheffield Shield runs tally ever, as well as lifting the BBL as captain of the Perth Scorchers. That limited overs ability is one major plus over Rogers, who didn’t play T20 cricket for Middlesex, and the capacity to captain the side could come into play with Eoin Morgan away on IPL and England duties during parts of the season. An Ashes call-up aside (which would leave Middlesex in serious trouble), Voges will be available for near-enough the duration, with a possible Champions League outing as Perth captain the only obstacle.

Middlesex showed at the start of 2014 that they are certainly a side to be reckoned with in red-ball cricket, leading the way after a third of the campaign and inflicting the only defeat on eventual Champions Yorkshire with an incredible fourth day run chase of 472. While an alarming loss of form and consistency that saw them plummet down the table means silverware might be a step beyond this side, there’s still plenty of talent in this Middlesex squad.

A fit and firing seam attack of Steven Finn, James Harris, Toby Roland-Jones and Benefit Year recipient Tim Murtagh is amongst the strongest in the country, and could win games on their own. Supporters will hope that the addition of Nick Compton and Adam Voges will add consistency to a batting order that often deceives to flatter, but on their day Dawid Malan, Neil Dexter and John Simpson are all very capable bats. Now devoid of the Panthers nickname, Middlesex have long been a very poor one-day outfit, but they do possess players who can, very rarely, win matches on their own.

A knock-out match in either 50 or 20 over cricket would be a good achievement, and a top half Division One finish is more than possible for a side desperately needing to bounce back from a poor 2014. 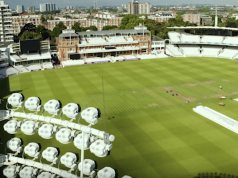