Jason Roy smashed a century, with Steven Davies adding 99 as Surrey inflicted a 220-run defeat on Northants at the Kia Oval, the visitors’ heaviest in one day cricket.

Roy’s 108 saw Surrey post 343/5, and needing a record breaking run chase, the Steelbacks were breaking records for all the wrong reasons as they were bowled out for 123, Ben Duckett offering the only resistance with 56.

It was a second defeat in three days to begin the One-Day Cup, a tournament they had high hopes for following qualification for the t20 Blast quarter finals, but with only six games remaining those hopes lie in tatters after a demoralising evening in the capital.

Alex Wakely’s men slipped to 11/3, 27/5 and then 61/8 as only Rob Keogh of the top six made it out of double figures, before Duckett’s second successive half-century took them beyond three figures, but the margin of defeat broke a record set in 1973, when the county lost by 190 runs to Kent at Brackley.

Surrey were on top from the start as Roy and Steven Davies shared 195 for the opening wicket, Davies making 99, and although the final total represented a decent recovery, the total was still the second highest Northants have conceded to county opposition, one run shy of the 344 by Gloucestershire in 2001.

England opener Roy signalled his intent when taking three boundaries off David Willey’s third over, though in his next Keogh couldn’t hold on to a tough low catch diving forward at point. After reaching 62/0 from the opening powerplay, Roy stepped through the gears, hitting Mohammed Azharullah for six before reaching a half century in 37 balls as 106 runs came from the second ten overs.

Rory Kleinveldt in particular was bearing the brunt as his second spell of two overs cost 36, twice lifted for six by Davies, though in between Roy had his second life as Graeme White dropped a high catch at deep midwicket off Josh Cobb.

That chance was the only false shot Roy offered in a brilliant century, coming up in 74 balls with 14 fours and a six but he would fall soon after, chipping Cobb to Willey, standing in as captain after Alex Wakely had injured his hand dropping Davies shortly before.

Cobb, White and Keogh combined to bowl 29 overs at less than a run a ball as Northants fought back well once Roy had been dismissed to limit the hosts to their eventual total when a score of 400 or more appeared on the cards at the half way point.

Kumar Sangakkara showed his class with 34 but Azharullah returned to remove both him and Davies within three overs, Davies falling agonisingly short of a century steering to point, after Sangakkara was bowled.

White removed Ben Foakes and Gary Wilson as the hosts stuttered, only for a late rally by Zafar Ansari and James Burke to add 45 in the final four overs.

If Surrey’s openers had provided the perfect start, Northants’ couldn’t have been more different as Richard Levi was bowled by Jade Dernbach from the first ball of the reply.

Cobb and Wakely soon followed, both edging behind to Dernbach and Sam Curran respectively as Northants found themselves 11/3.

That would become 27/5 as Adam Rossington pulled Curran straight into his brother Tom’s hands at short fine leg, and Willey became the 17-year-old’s third victim as he was trapped LBW to the third ball he faced.

Keogh and Duckett added 18 for the sixth wicket, but the procession soon continued as the later was bowled by Burke for 16, and Steven Crook and Kleinveldt soon followed in quick succession.

Duckett and Graeme White restored some creditability to the Northants display, lifting the score into three figures with a partnership of 49, Duckett continuing his recent form with a second one day half century following his maiden fifty against Durham on Saturday.

He hit five fours and two sixes to reach the milestone in 40 balls, but when he was bowled by Ansari, Azharullah quickly followed as Northants were bowled out from the final ball of the 24th over. 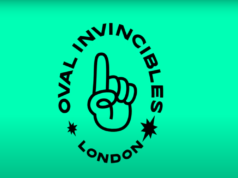