If we’re going to sit down and read (or write) a season review we may as well all be honest from the off – Yorkshire really haven’t got a great deal to complain about.

Anything that you will hear them complaining about tends to fall into the category of ‘my wallet’s too small for my fifties’ and ‘my diamond shoes are too tight’.

The biggest hurdle that faced Yorkshire this season has been covering their bases whilst members of the team undertake international duty. Six of their mainstream players featured in the England line-up in 2015: Jonny Bairstow, Gary Ballance, Adam Lyth, Liam Plunkett, Adil Rashid and Joe Root.

The fact of the matter is though, no matter which players are removed from the setup there is a bright-eyed, bushy-tailed youth waiting to step up to the plate. This combination of youth and experience – the likes of Andrew Gale, Ryan Sidebottom and Tim Bresnan are unlikely to feature in the England setup – ensures an enviable balance within the side.

As if that wasn’t enough, they smashed records out of the park like AB De Villiers smashes boundaries. Their winning points total of 286 left them with the second highest lead over the runners-up ever recorded (68 compared to 77 in 1979), the highest points aggregate for either division (previously 257 Division One and 266 Division Two) and the most wins in either divisions which was previously 10.

The only bitter-sweet taste to be left in the teams’ mouths – and you can bet they don’t even view it this way – is the defeat at Lord’s by Middlesex. Two years running this fixture has been their only defeat but this year ended a 26 game run without a defeat – one game short of matching the record of 27.

To win 11 of their allocated 16 games and only lose one is a testament to Gale’s growth as captain, as in 2013 Yorkshire finished as runners-up in their first season back in the Division One but their ‘draw’ total matched their ‘win’ total. Two seasons down the line they can proudly say that they drew just four matches.

At the close of this season, Yorkshire can plan for next season safe in the knowledge that David Willey will be joining them from Northamptonshire; Rich Pyrah will be transferring his contribution from on-field to back-office following his decision to retire and his subsequent appointment as a coach; head coach Jason Gillespie will be spending the winter gaining some T20 coaching experience and their emerging players can but improve.

RLODC: Third – lost in the semi-finals to title winners Gloucestershire.

Not only did Jonny Bairstow score the most runs for Yorkshire this season (1108 from 15 innings) he averaged 92.33 – the highest average in 36 years when Geoffrey Boycott scored 1160 runs at 116.00 in 1979. The wicketkeeper-batsman also shared a record-breaking 366 run partnership with Tim Bresnan at Chester-le-street which chalked up the following records: Yorkshire’s highest seventh-wicket partnership, the fifth-highest stand for Yorkshire for any wicket and the highest seventh-wicket stand in the British Isles.

This is all notwithstanding Bairstow’s contribution behind the stumps, in the nine Championship matches he took the gloves for he snared 29 dismissals all of which were taken as catches and in the limited overs competition combined he participated in 13 matches taking 11 dismissals all but one as a catch.

His hard work was rewarded with an England call-up and subsequent inclusion in the squad which has travelled to the UAE for the Pakistan series.

Jack Leaning is stepping into a crucial role in the Yorkshire side, one that for many years has been filled by bowler Steve Patterson – Mr Reliable. Leaning, much like Patterson has done with the ball, has performed time and time again for Yorkshire over the previous two seasons but in an understated way. His progression almost goes unnoticed by the innocent bystander but his contributions are invariably invaluable.

Despite becoming the 30th Yorkshireman to open the batting for England, Adam Lyth‘s 2015 season has been one that left much to be desired. His performances for England were unsatisfactory but the impact that this appears to have had on his confidence and therefore his performance on his return to county cricket is the most distressing factor.

The poor England performances could arguably be chalked down to the England selectors failing to insert him as an opener on the West Indies tour in May but his performances for Yorkshire did not insinuate the Yorkshire resilience you might have expected.  Of the seven Championship games he played he scored just 315 runs at an average of 26.25 with his highest score 67.

It has been no secret that Yorkshire are weak in the shorter format competitions – particularly the Natwest T20 Blast competition.

Team selfie at the home of cricket.! #champo2015 pic.twitter.com/yhVceFgW9g

Season Rating:
The Yorkshire team (coaches included) can sleep easy through the winter knowing that they won one competition and finished third in another but there is always room for improvement and consistency across the board would bump the overall rating up! 8/10

2021 Vitality Blast: Team of the Tournament 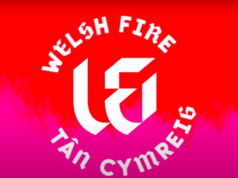