In a seriously weather-affected week on the County Cricket circuit, only one match ended in a result that wasn’t a draw and only two other matches actually made it to the fourth innings.
We give you a brief – unfortunately very brief – run down of Day Four’s happenings around the grounds.

Varun Chopra, Jonathan Trott and Tim Ambrose (107, 59 and 61) all made sure their first innings total was as high as possible but Adam Lyth’s spinning arm made sure there were some bumps in the road for the home team. Never having taken more than two wickets in an innings before, Lyth achieved this but also made sure he was involved in five of the nine wickets to fall in the innings. The declaration came on 443 just as the teams broke for tea; the visitors came out and batted and managed to lose two wickets but it made little difference when the handshakes came around 17:00 and the match was settled as a draw.

There was the possibility of a twist in the tale at The Kia Oval on Day Four as Surrey’s second innings was able to get underway immediately they made it clear that they were out there to score runs; but Somerset were out there to take wickets. Kumar Sangakkara top-scored with 71 from 108 deliveries while all around him contributed a little getting into double figures but nothing significant. Craig Overton and Lewis Gregory took three wickets each, the latter being the more economical of the two conceding just 24 runs from 10.3 overs compared to Overton’s 55 runs from 14 overs. A declaration on 181-8 when captain Gareth Batty fell to Gregory left Somerset the target of 292 for the win. 35 overs of Somerset’s second innings were possible and whilst there was intent, there were too many stumbles for them to make a real challenge for this target with Zafar Ansari taking 3-43 from his 13 overs. The visitors reached 122-4 at close of play.

Just 14 balls were possible after absolutely no play was possible on Day Three – yep you guessed it, it was another barmy day in the Northeast of England. There was just enough time for the partnership of Marks Stoneman and Richardson to trip the scoreboard over the 300 run mark and secure a third batting point.

With earlier days being heavily affected by rain, sleet, snow – you name it! – Leicestershire were still in their first innings when the morning of Day Four arrived. Neil Dexter and Mark Cosgrove resumed the day on 57* and 99* respectively and successfully moved their totals on to finish on 131 and 122. Darren Stevens and Mitchell Claydon prided themselves on removing this resilient pair after their partnership began with the team 15-2 and ended on 232-3. The remainder of the innings played out with little to report – Wayne White struck 42* from 40 balls and the three main bowlers all took three wickets each but there was little that could be done to provoke a definitive result in the match. Kent’s second innings lasted just 26 overs but Clint McKay managed to remove both opener Daniel Bell-Drummond and number three bat Joe Denly cheaply. Kent finished 85-2.

A feat in itself, this match managed to get to the fourth innings but the result was sadly still the same: a draw. Chris Dent and Jack Taylor resumed play on Day Four with the team on 217-6 and their scores on 81* and 8*. The pair added a partnership of 162 in total (149 on Day Four) with contributions of 138* for Dent and 105 for Taylor before he fell to a Tom Kohler-Cadmore and Ed Barnard collaboration. The declaration came shortly after the fall of Taylor and Worcestershire did their best to make a match out of the situation having been set a total of 352 for the victory and although Moeen Ali managed a century from just 106 balls, the day finished with the hosts still leading by 141 and visitors only four wickets down.

Jamie Porter’s heroics on Day Three made sure the hosts were entering the final day of the match in a promising position but there was still work to be done – and the Essex bowling attack pulled together and ensured that said work was done efficiently. Resuming on 148-4 meant Richard Levi and Azharullah were at the crease on 28* and 5*but neither managed any great resistance and fell shortly after the start of play – Levi to Porter and Azharullah to Ryan ten Doeschate. The Netherlands International star finished the innings off with Porter and Graham Napier with the three of them finishing with the following stats respectively: 4-31, 3-55 and 3-68. Northants added just 82 for the fall of their last six wickets and Essex secured their victory.

Tom Poynton and Andy Carter resumed proceedings on 30* and 31* respectively on the morning of Day Four and elevated their partnership to 56 from nine overs before Carter – securing a career best total of 39 – fell when he edged Graeme Wagg to the hands of Michael Hogan. This put Glamorgan into bat for their second innings already leading by 32. Luke Fletcher and Wes Durston struck early to remove James Kettleborough and Will Bragg for 20 and 10 respectively but the heavens opened midway through the afternoon session and prevented anything but a draw being possible. 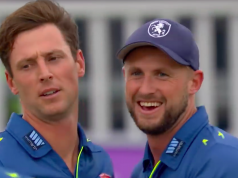 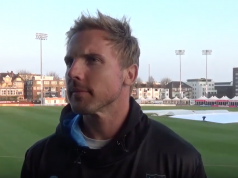