In the introduction to the 1985 book The art of Captaincy the author, ex-England captain Mike Brearley, talks about why so many players aspire to be captain. He ultimately decides that it is because people are bossy, that it’s more agreeable to tell others what to do than to be told what to do.

Maybe that’s right, but if you’re an amateur player that dreams of being the skipper of your team, have a read of Charlie Campbell’s new book Herding Cats: the art of amateur cricket captaincy. It might change your mind. If it doesn’t, you could be captain material.

Using Brearley’s classic captaincy manual as a guide, and mirroring it in many ways, Campbell has created an alternative version aimed primarily at amateur captains but worthy of a read by the rest of us cricket junkies as well.

In a lighthearted and humorous almost-response to Brearley, Campbell compares the duties of the international captain – displaying a worship of Alastair Campbell that made this Aussie’s eyes involuntarily roll a couple of times (although I forgave him later when the great Richie Benaud, one of Australia’s most underrated captains, gets a mention) – with those of the amateur game.

As the England captain deals expertly with the media pre-match, for example, his Sunday-in-the-park counterpart is pacing the ground, biting his fingernails and hoping all of his players finish their pub lunch in time.

Using anecdotes from the history books of Campbell’s own team, the Authors XI, we meet some interesting characters, archetypes even, that will be familiar to amateur players and captains across the country:

“There’s often one sunny character who is first to the bar to buy drinks for his team mates, and who puts the team first and foremost in how he plays the game.

“He is the heart of the side and thinks about his teammates’ game almost as much as he does his own. He might even suggest some useful improvements. At the very least they’ll be well meant.”

There’s also the Author’s XI personnel, like Joe, the team’s best batsman who feels he is qualified to give coaching advice when the bowlers are struggling. And Tom, who has been coached by Alastair Cook and once hit a six, or Monkey, the guy you’re pleased isn’t in your side.

Probably most interesting of all are Campbell’s stories of the games his side has played, the people they have faced and some of the interesting characters that have played with them. My particular favourite is the story of a game played in the New Forest. A man down on the day, Campbell managed to coerce the only spectator into a spare set of whites – said spectator then duly lost them game with the one over he bowled.

But this is more than just a book designed to make us giggle, to make us nod our heads and think “yep, we had a Tony in our side”. This actually is a manual for the amateur cricket captain, containing some practical information on things like administration; fixture booking; finances and the team hierarchy; as well as selection and what you should do if you lose the toss when only two of your team have arrived (hope for merciful opposition is the answer, in case you’re wondering).

It’s all written in such a lighthearted manner, it’s incredibly readable.

You’ll enjoy the witty comparisons, such as likening the role of the amateur captain to that of 18th century press ganging sailors; and the humorous descriptions of the day to day running of an amateur side, like this one about training: “Anyway, our nets sessions are not really about improving so much as bonding. If there wasn’t a pub to go to after nets, I don’t know that everyone would turn up.”

Also enjoyable are the descriptions of what happens on the morning of the match. In Brearley’s book, he describes the importance of the captain assessing the pitch and making a considered judgement on it. He goes into details of how the state of the pitch can totally alter the game. In the corresponding chapter of Herding Cats, we see how assessing the pitch is also part of the amateur game:

“It could be the worst council ground in London, with craters on either side of the stumps that you could turn an ankle in, tufts of unhealthy looking grass sprouting just where they might cause you to lose your teeth later. It could be an immaculate track, as beautifully manicured as any first-class ground. Or it could even be under covers. You and your teammates will still congregate next to it and try to predict how it will play.”

All of this is peppered with information from the international and county game that shows the author’s cricket knowledge is impressive, his love of the game is genuine and his sense of humour – a characteristic that must often be tested – is excellent.

Campbell has a written a book that is accessible and enjoyable to basically everyone who has an interest cricket – be it in international form or on a National Trust property on a cold Sunday afternoon; the amateur player, the journalist, the spectator and, most of all, the amateur cricket captain.

Mike Brearley’s The art of Captaincy is a brilliant book. Even as a writer I’ve found it useful as well as enjoyable, and I flick through it all the time. It’s the reason I wanted to review Campbell’s book.

I found Herding Cats: the art of amateur cricket captaincy to be a fitting tribute to Brearley. More than that, it’s an effective leadership guide that successfully avoids using words like “synergy”.

Fittingly, Campbell even manages to impart some advice worthy of the management term that gives the book its title:

“Part of cricket’s charm is that there should be room for everyone: the stolid opening batsman who can’t hit it off the square; the spin bowler who doesn’t actually turn the ball, relying instead on batsmen’s folly to bring his wickets; and the specialist fielder, who isn’t terribly good at that side of the game either.” 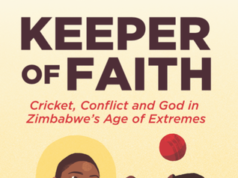