Home Comment and Analysis ‘A team which has swept aside every other’: The story of Surrey’s... 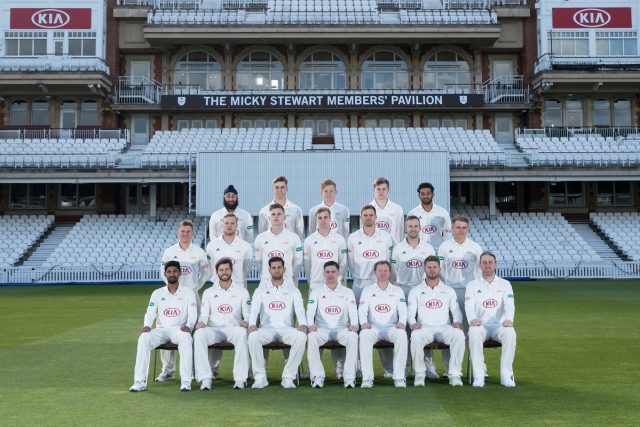 In truth, this was a long time coming.

Surrey’s 19th County Championship title — their 20th, including the one shared with Lancashire in 1950, and the first since 2002 — was confirmed on Thursday having been expected for weeks.

Victory at Worcestershire was their tenth in 12 games this season, the ninth in a row, five of which have been by an innings. This is a team which has swept aside every other Division One county at least once and, presumably, isn’t done yet.

Not only will preserving that unbeaten record and claiming win number 11 and 12 be top priority — no county has 12 wins in a season since Surrey in 1999, in the final season before two divisions — but director of cricket Alec Stewart implied afterwards that he wants the side to push on. After all, 16 of their previous title wins have come in, at most, a decade block.

Most importantly, Surrey’s current team quite clearly has the makings for long-term success. It would surely be a terrible waste of such an impressive crop of players were this to be their only Championship in the foreseeable future.

The core of this team is youthful. Eight of the 20 players to feature this year are younger than 26 and the only problem Surrey are likely to face with them is England. Ollie Pope and both Curran brothers have already played Test cricket, with Sam player of the series against India. He has played 37 first-class matches for his county, and could easily take the best part of a decade more before doubling that.

That young blood has blended into a group of tight-knit players still with years ahead of them. Even 36-year-old Rikki Clarke, the oldest player they’ve fielded, looks rejuvenated and is performing as good as — and arguably better — than ever. His signing from Warwickshire, in exchange for the promising Dominic Sibley, might have raised eyebrows last year but he has proven a shrewd acquisition.

Criticisms previously levelled at the county for being a “buying club” no longer apply. Mark Stoneman, Scott Borthwick (both Durham) and Ben Foakes (Essex) were signed, but the majority of the squad came through the system at Surrey. Clarke, remember, fits into that group too.

Plenty of credit must go to Gareth Townsend, the club’s Academy director, who has overseen the development of an outstanding collection of cricketers. The now-famous photos of Sam Curran, Pope, Ryan Patel and Amar Virdi as 15 year olds in 2013 and four years later becoming the first quartet of teenagers to play a Championship game together this side of World War Two shows the impact Townsend has had.

But alongside the tightknit, existing players, Surrey poached one of the most dangerous Kolpak cricketers available in the form of Morne Morkel. He missed the first four games through injury and still has 50 wickets, winning all eight of the matches he’s played, and catapulted himself to being the fourth-leading wicket-taker in the division.

Just as Simon Harmer, alongside Jamie Porter, did for Essex last year, Morkel and Clarke (who has 43 wickets) have transformed a team which won just two Championship games in 2017 into one which has drawn that many in 2018. A vast improvement in pitches at The Kia Oval helped with that, too.

It was fitting that Morkel and Clarke were the ones in the middle to win at Worcester. Perhaps the captain, Rory Burns, scoring a century in both innings and remaining unbeaten at the end would have been as well.

For all the fear that Surrey wouldn’t be able to replicate the runs of Kumar Sangakkara, Burns has delivered. He is comfortably the leading scorer in Division One, has passed 1,000 Championship runs for the fourth season, and is 251 runs short of passing Sangakkara’s 2017 tally. He averages 68.94, and England beckons.

There are people outside of this season’s playing group who deserve acknowledging, too. Sangakkara spent three years in the dressing room, and his vast knowledge will have worn off on those half his age.

Perhaps just as influential as Alec Stewart, who took over as director of cricket five years ago and under whom these improvements have come, is Gareth Batty. The 40-year-old was not even present at Worcester on Thursday; he was instead playing in a 2nd XI match at Guildford.

But he led Surrey through the club’s darkest moment in a decade after the 2012 death of Tom Maynard, taking over the captaincy from Rory Hamilton-Brown and retaining it for much of the following season in Graeme Smith’s injury absence. It was he — as well as Gary Wilson, frequently deputising for Smith in 2014 — who held a side in despair together.

Batty has only played white-ball cricket this summer, handing the club captaincy to Burns during the winter and rightly stepping aside from the Championship side with Virdi ready to step up.

Rarely this season have Surrey looked fragile, and in those instances they have shown the resolve of champions. Only Lancashire, making them follow on at Old Trafford, and Worcestershire this week — a game the hosts dominated until Morkel intervened with a second-innings five-for — have come close to halting the charge.

Already they are planning for next season, too: Jordan Clark, Lancashire’s promising all-rounder, has been recruited as a long-term replacement for Rikki Clarke, while Liam Plunkett is joining from Yorkshire.

The lack of white-ball success this year matters little. The roar at New Road, from the balcony, the non-strikers end at which Clarke stood, and in the crowd show what the Championship means. As Jade Dernbach put it: “It’s the best thing that ever happened to me.”

Given how the club has developed recently, it’s easy to picture Dernbach and co. repeating that claim several times in the years to come.