Home Comment and Analysis County cricket – where to next?

The start of a new year is a good time to ask what the future holds for English cricket.  Specifically, what are the different directions in which county cricket might go over the next five years?

One thing is for sure.  The status quo is not an option.

“I left things much as I found them” is not the legacy with which leaders in any organisation are ever likely to be content. England and Wales Cricket Board (ECB) Chairman Colin Graves is certainly one for whom the sight of a sleeping dog seems instinctively to provoke a rapid response of “time for walkies!”

And so, if the starting point is that things are going to change, let us look at possible scenarios for the future.

Scenario One – “The shows get dumber, and the public gets used to them.” (Stephen Sondheim)

This scenario is the one proposed by the ECB, though the words “dumb” or “dumber” are unlikely to appear in any of their promotional material.

The plan is that the three current competitions played for by the 18 counties – the four day Championship, the 50 over tournament and the T20 Blast – will remain; but there will be a new fledgling in the cricketing nest.

This bird may, at best, prove to be an eagle soaring triumphantly above the rest or, at worst, a large cuckoo.

Yes, we are talking about The Hundred, the competition involving eight freshly minted (and non-county) teams due to be launched in 2020. Its aim is to bring new spectators into the game and ultimately to create a revenue stream that will make English cricket viable as a business.

In this scenario, the game will be made simpler and shorter until the point is reached where people who currently have no interest in the game decide that it has something to offer to them.

Of course, this will require a massive marketing drive so that these non-lovers of cricket can discover what they have been missing. Part of this drive will be the return, admittedly on a relatively small scale, of live cricket to free-to-air television.

The projected costs of marketing and running The Hundred are mounting – the original estimate of £13 million has now tripled to £40 million. As a result (directly or indirectly), the ECB has decided to scrap the North v South series and the Pace and Overseas Placement programmes.

There is no such thing, it would seem, as a free Hundred.

It is easy for opponents of the Hundred to vilify Mr Graves personally and to say, as Angelina Jolie did in the film Changeling: “**** you and the horse you rode in on.”

But the reality is that Graves would appear to have the rest of the ECB on board. County Chairmen and Chief Executives, too, have for the most part given their approval – or at least sold it, in exchange for the £1.3m promised to the counties.

Is this the right way forward? We are very much in the “wait and see” phase. Few cricket lovers are in favour but the ECB can, with some justification, argue that cricket’s popularity is in decline.  They can also make the case that the new product is not aimed at existing fans but at a new audience, those who would currently say of cricket that “I’ve never tried it because I don’t like it.”

Whilst we hold our collective breath in the hope that Mr Graves is the saviour rather than the destroyer of English cricket, it may at least be worth thinking about a couple of alternative options.

Whether Roy Kilner ever actually uttered the words reported by Neville Cardus, when talking about a particularly dour encounter between Lancashire and Yorkshire, may be open to doubt. Sir Neville was a pioneer of fake news or, taking a kinder view, imaginative cricket writing. He was not averse to inventing conversations with players to support his own opinions, or to express what he believed the players would have said had they possessed his own eloquence.

Nevertheless, the basic concept behind this point of view is not unique to Cardus. Oscar Wilde – admittedly not known to be a cricket fan, though he did reputedly bowl from the pavilion end – had similar ideas when he said: “Art should never try to be popular. The public should try to be more artistic.”

Critics of this point of view may say that the simplification of the game is essential because members of the younger generation have a short attention span and can only consume their entertainment in small, easily understood chunks. Try to explain that, however, to the average teenager who, if allowed to do so, will spend hours playing computer games the complexity of which is largely beyond the brain of anyone over the age of 30.

Those who argue for the Kilner/Cardus “educatin’up” scenario say that the ECB could put their £40 million towards promoting the current three formats of the game. In addition, they could talk up rather than talk down their existing offerings. Colin Graves describing the T20 Blast as a “mediocre” tournament was a Gerald Ratner comment hardly conducive to putting bums on seats.

There is an interesting parallel here with baseball in the United States.

The average age of those who watch nationally televised Major League Baseball games rose from 52 in 2000 to 57 in 2016. Asked in a survey whether they followed baseball, nearly two-thirds of those aged 18 to 36 said no.

The response to this from the baseball authorities has been similar to the proposals by the ECB here to speed up and simplify cricket. New rules such as restrictions on mound visits have been introduced to reduce the average match time to three hours. This, maybe not coincidentally, is also the target match time for The Hundred. Partly this plays into the short attention span argument; but it also makes the offering more palatable to television companies.

It may be significant, however, that in baseball as in cricket, there are dissenting voices. Susan Jacoby, author of Why Baseball Matters, argues that abandoning the game’s unique selling proposition – the timelessness that provides both the suspense and the great conversations for the educated fan – is not the answer. And head of the players’ union, Tony Clark, fears that too many simplifying changes might turn baseball from the sporting equivalent of a game of chess into something more akin to a game of checkers.

How likely is it, either in baseball or in cricket, that there will be a massive u-turn towards the Kilner/Cardus “educatin’ up” scenario?

Well, let’s be realisitic. As Muhammed Ali said about Joe Frazier’s hopes of beating him:  “There’s two chances: slim and none. And Slim just left town.”

Which takes us neatly to scenario three.

Scenario Three – “It’s so much darker when a light goes out than it would have been if it had never shone.” (John Steinbeck)

The third alternative is that county cricket, as we have known it, will slowly die over the next five years.

Let us take as our starting point that in all probability there are those within the ECB who, if they could start with a clean sheet of paper (or a blank computer screen) would almost certainly design a structure for first-class cricket that involved far fewer than 18 teams. Costs would fall. In addition, the gap between standards in domestic and international cricket would reduce with talent spread less thinly.

Even better for the ECB would be a set-up where they did not have to consider the views of county chairmen and committees. As for those pesky members, well it is a long time since anyone at the ECB listened to them so there would be no change there.

If that is the ECB dream, I can imagine (though I would rather not) Mr. Graves leaping from his morning bath crying “Eureka! That’s exactly what we’ve created with the Hundred! Why don’t we base all top level cricket round those eight new teams?”

Ignoring the screams from the counties might be tricky but, as the old saying goes, there’s none so deaf as those who will not hear. It might take a year or two and, in the short-term, matches between counties might retain their first-class status. But the financial support to the counties would be gradually cut and eventually eliminated.

The 18 county clubs would be up a notoriously foul-smelling creek without means of propulsion. And thus would come about the demise of the county system as it has existed for the last century and a half.

What would happen to the counties – whether some or all of them would cease to exist or whether they would become part of an expanded version of the current minor counties set-up – is more difficult to predict.

A cynic might suspect that there is already a cunning plan along these lines lurking in the Baldrick-like brain of someone at the ECB. Or maybe the Eureka moment has yet to occur.

So there we have it. Three scenarios. Which of them will prevail? Where do we go from here?

We can be pretty sure that The Hundred will be with us in 2020, butt is much more difficult to forecast what happens after that. Will it succeed or fail? What will be the knock-ons for county cricket?

On that basis, I am content to say that I know that I don’t know! 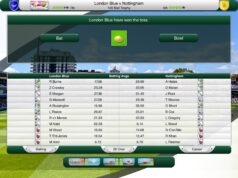 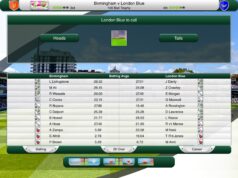