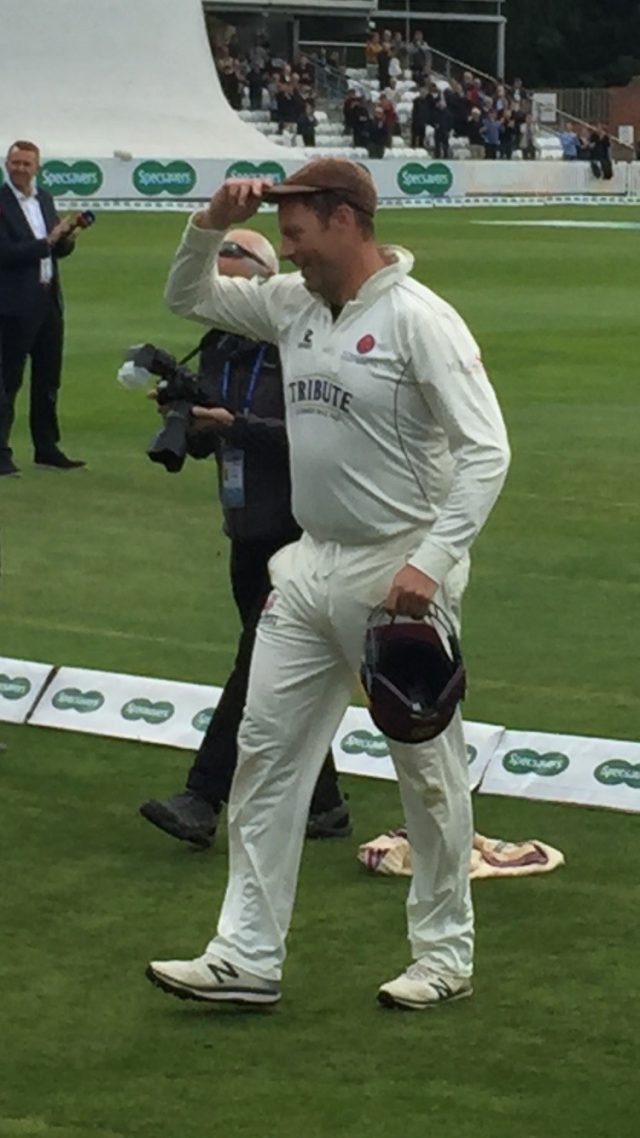 In his second season as Head Coach, Jason Kerr led Somerset to the club’s first trophy for 14 years, but he believes 2019 has not been the success he had hoped it would be.

Somerset won the Royal London One-Day Cup in May but finished runners-up in the Specsavers County Championship on the final day of the season, managing only a draw against champions Essex when victory was required for the title.

It was a testing last day for Essex, with Somerset reducing them from 102-1 to 141 all out, forfeiting a second innings and setting 63 to win leaving just over an hour to take all of Essex’s second innings wickets.

They fell short, removing only Nick Browne, before the two teams shook hands on a draw. Speaking afterwards, Kerr suggested that while winning the One-Day Cup was pleasing, there is still huge progress to be made.

“Success is winning so a huge positive is winning the first trophy in 14 years,” he said. “To get the 50-over competition the way we did, had to win the last game [in the group], showed a lot of character there, so that’s a huge success.

“Finishing second is certainly better than finishing at the bottom, however it isn’t success for me so there’s some lessons to be learnt moving forwards. I think once the dust settles though you look back on a season where we’ve played some really good cricket.”

Tom Abell, Somerset’s captain, reflected that the pennant went to the deserved winners. “We lost three games against good sides but those are the games where you need to really front up and put in a good performance and we didn’t quite manage to do that. Fair play to Essex, I think the best team will prevail.”

It denied Somerset their first-ever Championship title, and prevented Marcus Trescothick having the fairytale farewell few in the world of cricket would have begrudged him. After 27 years as a professional cricketer, Trescothick’s career ended as a substitute fielder, under the helmet at third slip, having been greeted to the field by a standing ovation.

His influence will be missed in the dressing room — five of the Somerset players who featured in this game were not born when Trescothick made his first-class debut.

“He’s an outstanding character around this place, much loved by everybody, which tells you something within the cricketing world when you don’t hear a bad word about him. I genuinely don’t know what to say about him because normally I’m abusing him.”

Abell was particularly emotional in the aftermath of losing the Championship in such dramatic fashion, but shared his coach’s sentiments.

“No words can do justice for what Tres has done for this team and Somerset cricket as a whole. Phenomenal, phenomenal player but he’s an even better person and a character to have around. He’s a mentor to a lot of us as players and he’s a huge part of the dressing room.”

As yet, there is no role earmarked for Trescothick at Somerset. He has, however, done some coaching with the club — Kerr joked that “he keeps trying to invoice me” for it — and he is regularly used on Sky Sports’ county coverage as a commentator.

He wants to pursue that coaching angle now that he has finished playing. “Hopefully a position will turn up somewhere that I can jump into and give all the passion that I’ve had while playing,” Trescothick said.

“I’ve been worried for a number of years about how it’s going to feel [after retiring] and what I’m going to do and how I’m going to approach it, but it’s been good.”

There is a stand at the River End of the ground named in his honour, opened in June 2008, which Trescothick suggested he may now come and sit in to support his club.

“I’ve got no doubts we won’t get rid of him,” Kerr said with a smile. “He’ll still be loitering around here somewhere. So it’s certainly not the end for Marcus here.”

Kerr was also particularly pleased at the fight shown by his players. They needed 20 wickets on the final day, a seemingly impossible task given the rain which had affected the first three days and ultimately impacted the final one too.

But they deserve credit for sticking to the task, with the spinning trio of Jack Leach, Dom Bess and Roelof van der Merwe the only bowlers used all day, and they created plenty of problems for Essex.

“One of the things we’re trying to do here is develop people, and develop character, and that’s where we’ve evolved more than anything,” Kerr said. “Probably the biggest positive from the summer is how we’ve grown as a unit.

“I think Tom Abell’s leadership (and he demonstrates it daily) has been outstanding, and we’re showing that fighting character that actually a lot of games where we’ve been behind the eight ball we’ve managed to wrestle and either win them or get back into them. That will stand us in good stead moving forward.”