Home LV County Championship LVCC Team of the Week – Round 3

Week three is done and dusted with a fantastic set of matches, some amazing results and wonderful individual performances. That means a host of new names are in the side this week, along with one who also made the side in the first week.

When a player of quality loses form, most people within the game want to see them regain it, and since Hameed’s move to Nottinghamshire there have been little green sprouts of form beginning to show. This week’s match against Worcestershire may have seen the blooming of Hameed’s return to form, as he scored a century in both innings and, in doing so, set a record for the most number of balls faced in a county championship match ever. His second innings knock, when his whole side had their backs to the wall, was most impressive and helped save the game for Notts when following on.

Every cricketer dreams of scoring a huge score to see their side home to victory, and that is exactly what Ricardo Vasconcelos did today. He scored 185 not out to guide Northants home, chasing a huge 357 for victory against Glamorgan. His 185 came in good time, off 221 balls and including 25 4s and one 6, which – in the fourth innings – makes his performance even more impressive.

The mantra that rings around most changing rooms in First Class cricket is “bat once and bat big”. Tom Alsop did just that for Hampshire this match. His 149, batting at three, contributed to his side amassing 470 and only batting once. His 149 came off 290 balls and, in tricky batting conditions, he showed maturity and composure to ensure his side put themselves in a position to win the game.

This is Bedingham’s second appearance in DEC’s Team of the Week this season, and if he carries on with this form it won’t be his last. His score in Durham’s first innings took the game away from Derbyshire and his score in the second set up a declaration, which realistically meant only two results were possible. Bedingham’s 257 in the first innings, where no one else reached three figures – in fact no one else in the whole game reached three figures – accounted for more than 50% of his side’s runs. In any match, that is an impressive feat.

While Vasconcelos may take all the headlines, Northants may well not have won without the outstanding knock from Rob Keogh in the second innings. His 126 came off 140 balls, with 19 4s, and saw him and Vasconcelos put on 239 for the third wicket and all but guide their side home. He helped steady the ship when Northants had lost 2 wickets in 8 balls, and could have wobbled and plunged towards defeat. Instead, Keogh’s excellent knock propelled them to victory.

Cricket is a frustrating game. You can perform as well as Chris Cooke did for Glamorgan, and still end up on the losing side. Both his scores allowed his team to set up a total that they felt was enough to declare, and set Northants a target to chase. Cooke’s innings were in contrasting styles. His 136 came off 221 balls when his side needed a calm steady approach and, in the second innings when they were looking for quick runs, his 57* came off just 68 balls. Cooke’s keeping was also excellent throughout, claiming 5 catches to help the Glamorgan seamers take wickets.

Allrounders should deliver wickets and runs. Ryan Higgins does that for Gloucestershire on a regular basis and this week was no different. His wickets in the first innings helped keep Hampshire within sight, and then his batting scores helped ensure that Gloucestershire could draw this match. Maybe more important than his runs, though, were the time and the deliveries he ate up, taking time out of the game and allowing the batters around him to bat out even more time.

Craig Overton is Somerset through and through. He performs consistently for them over and over again, and wins matches for them over and over again. He did it yet again this week against Leicestershire. His eight wickets for 63 runs is a match winning return, and his 24 runs helped keep the innings ticking over. It set up a total that ensured a first innings lead and helped to set up a victory.

Roland-Jones has had a tough time with injuries over the last year and his return to the Middlesex side has seen an upturn in their fortunes. There is no better example of this than beating their London rivals this week. Roland-Jones was impressive. His seven wickets for exactly 70 runs across the two innings helped bowl out a Surrey side packed with internationals, and his 46 first innings runs saw Middlesex score big in the first innings and propel his side towards bragging rights in the capital – for a few weeks at least.

Dom Bess had a difficult winter. Of that, everyone knows. But he is now at a new county and looks to be finding the form and potential that saw him selected for England. With seven wickets in the game – six in the second innings – he has shown he can take wickets when the pitch is wearing and beginning to turn. Ultimately, he bowled his side to victory, which is what you want from your spinner.

Matt Parkinson saw more bubbles over the winter than a kids birthday party, so to be back playing cricket for Lancashire must be bliss for him. To then bowl his side to victory, and record his best ever bowling figures, must have been an even better feeling – and maybe it will remind the England selectors that he can do more than carry the drinks. Parkinson has sometimes unfairly been labelled only a white ball prospect, but the drift and turn he found against a Kent side boasting many international players shows he is also capable of match winning displays with a duke ball in hand. 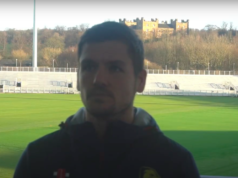 LVCC Team of the Week – Round 4