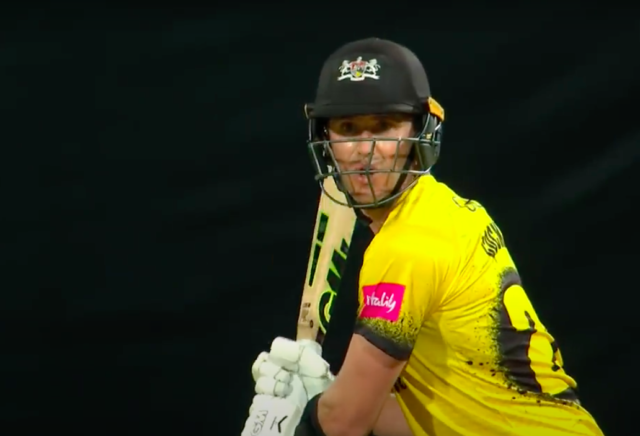 It had been a quiet winter at Gloucestershire, until the departure of head coach Richard Dawson was announced last month. The timing of the news – just a month before the start of the season – came as a shock to most Gloucestershire fans.

But the news itself isn’t particularly shocking; Dawson has been in and around the England setup for a few years now and is clearly highly rated by the ECB. He will do an excellent job as their new elite pathway coach.

In his place, Ian Harvey has stepped up from assistant to become interim head coach, with club legend Mark Alleyne recruited as part of the new coaching team.

In terms of the playing group, there has been far less upheaval and the strong core of players who have helped deliver success in recent seasons remain in place.

Jared Warner bolsters the bowling attack, joining from Yorkshire, and Tom Lace, who played a few Bob Willis Trophy games at the back end of last season, replaces Gareth Roderick, who is now at Worcestershire.

Perhaps the best piece of business the club did in the off-season was signing James Bracey to a long-term contract. Bracey spent the winter as a travelling reserve in the England squad and is recognised as one of the best young batsmen in the country. Too often Gloucestershire lose their best players to perceived ‘bigger’ counties, so it was nice to hear that Bracey would be staying put.

The club reached Finals Day last year, for the first time since 2007, after some fantastic performances. Things didn’t quite go to plan at Edgbaston but a return to domestic cricket’s showpiece event should be the target.

The revamped red-ball structure means, unfortunately, The Shire won’t get the chance to play in Division One but the strong nucleus of that promotion winning side from 2019 – including captain Chris Dent and influential all-rounder Ryan Higgins – should mean the West Country outfit are at least competitive in what is a strong Group 2.

And like with most teams, Gloucestershire will be affected by Hundred call-ups when it comes to the Royal London One-Day Cup. Five players in all won’t be available in that tournament so expect to see some younger prospects, particularly in the bowling department, given an opportunity.

A great strength of this Gloucestershire side in recent years has been that there are often contributions from 1-11, so picking a key player is tricky. One man who can always be relied upon is David Payne. The leader of the attack across all formats, Payne is one of the most undervalued bowlers on the county circuit. Now 30, it will be exactly 10 years to the day since Payne made his first-class debut when the season gets underway on Thursday.

Following in the footsteps of Ryan Higgins and George Scott, Tom Lace became the latest player to swap Lord’s for the Bristol County Ground last summer. The 22-year-old left Middlesex because of a lack of opportunities and looks a shrewd pick up. He spent the summer of 2019 impressing at Derbyshire, scoring 835 runs at an average of 41.75 and should prove a valuable addition to the middle order.

Dan Worrall returns to the club for his third spell as an overseas player. His two previous stints in the West Country ended early because of injury, and the club will be desperate for the Australian to stay fit and add an X-factor element to the bowling attack. Quite when Worrall will arrive remains to be seen, because he is still in Australia finishing the domestic season with South Australia. The Leicestershire game at the end of April seems the most realistic target for his return.

Kraigg Brathwaite is Gloucestershire’s other overseas player at the start of the season. The West Indies Test captain will be at the club until early June and is expected to partner Chris Dent at the top of the order. His replacement is yet to be confirmed but, with the Blast starting on June 9, you’d expect it to be a T20 specialist.

How will they fare?

This Gloucestershire outfit is now an experienced unit and with that comes the pressure of continuing to perform at the high levels of the last couple of years. Anything less than qualifying for the knockout stages will be seen as a disappointment in the T20 Blast. Reaching Finals Day last season was a superb achievement, and the aim will be to go one better and win the competition in 2021. Emulating the form of 2019 will be the target in red-ball cricket, but it will be tricky in a group that includes both Somerset and Surrey. However, it would be a mistake if the other sides in Group 2 write off Ian Harvey’s side.