After promotion back to the top tier of the County Championship, Lancashire would have been hoping to launch a title challenge in 2020. That, like so much of life, was not allowed to materialise.

In a season like no other, hopefully, the Red Rose never got going in the newly-created Bob Willis Trophy as a combination of their home being used as a Covid-secure bubble by England, injuries and players missing from the team left them with a mountain to climb.

This time around there is hope of better in the red-ball format. With a blend of young homegrown talent and a couple of overseas recruits, Glen Chapple looks to have a well-balanced side for the new format of the Championship.

Progression from their group looks a minimum requirement – and a win over Roses rivals Yorkshire would go down nicely.

When it comes to the T20 Blast, there aren’t many better than Lancashire. The Lightning are one of the most successful teams anywhere in the world when it comes to matches won and the fact they have only one title to show for it must be a serious cause of frustration.

It was another strong campaign in the Covid-altered 2020 version as, despite having no overseas players, they reached Finals Day only to be beaten by the imperious Notts Outlaws in the semis.

With the likes of Liam Livingstone, Alex Davies, Matt Parkinson and Saqib Mahmood in their ranks and the exciting overseas signing of New Zealand opener Finn Allen, not many would bet against another Edgbaston appearance.

The Royal London One-Day Cup offers another opportunity for white-ball success, having been cancelled in 2020. That prevented Lancashire from building on their best season in years – reaching the semi-finals in 2019 after a terrible run in the 50-over format.

India’s Shreyas Iyer has signed up for a stint in that competition, but his shoulder injury sustained against England may sadly put that in some doubt.

It is not so long ago that Luke Wells was tipped for England recognition. But, after a couple of barren seasons at Sussex, the 30-year-old was released and has been snapped up by Lancashire. With 18 first-class hundreds to his name, Wells could prove a reliable run-scorer for the Red Rose if he can discover his best form. His signing completes a now strong-looking batting line-up – alongside the likes of Livingstone, Davies and Keaton Jennings. Runs on the board are key for Lancashire, who will back their bowling unit of Jackson Bird, Tom Bailey, Mahmood, Luke Wood, Parkinson and occasionally James Anderson to take 20 wickets against anyone.

Spending the second half of the winter carrying England’s drinks while living in a Covid-secure bubble will have done precious little for Matt Parkinson’s development – let alone his wellbeing. For him not to have been given an international outing at all seems poor management by the England camp. But this is a big season for the leg-spinner. Another glittering T20 campaign – the competition in which he has built his reputation – could secure him a spot in England’s T20 World Cup squad. But he will want to develop his red-ball cricket. He has yet to deliver consistently in the longer format and needs to find the speed and control to take wickets with the red ball.

Skipper Dane Vilas is back again this time as an overseas signing as the Kolpak rule has come to an end with Brexit. A reliable character and cricketer, the South African is an integral part of all three formats and will also feature for the Manchester Originals in the Hundred. Jackson Bird will play in six Championship matches from April 22 and will bring a craft and experience to the seam ranks. The explosive Allen will excite the fans in the Blast and will hopefully bring the firepower needed for success in that format, while if Shreyas Iyer can feature, he will bring runs and a lot of attention to Old Trafford.

How will they fare?

There is reason to be optimistic. Lancashire appear to tick a lot of boxes in terms of their Championship team, but stringing it all together is the key. A top-drawer red-ball spinner may prove to be a weakness but there’s every reason to believe they can compete. In the T20 Blast, there is every opportunity to reach yet another Finals Day and they will also be determined to build on their 50-over displays in 2019.

Douthwaite and Taylor battle through but honours even in rainy Manchester 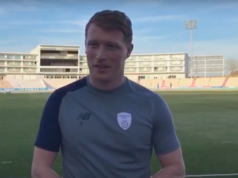 LVCC Team of the Week – Round 3