Home News Good winter counts for nothing ahead of One-Day Series for England and...

Captain Eoin Morgan insists his England side are putting the past to one side ahead of their Royal London One-Day International Series against Australia.

Morgan’s charges take to The Oval on Wednesday for the first of five 50-over matches against their Ashes rivals – with just a year to go until the 2019 World Cup.

They’ll do so with form on their side – despite Sunday’s humbling defeat to Scotland – emphatically beating Australia 4-1 as recently as January after their Test debacle against the same opposition.

Yet Morgan, who will likely steer the ship at next summer’s World Cup on home soil, believes the results of the past winter can only be taken with a pinch of salt.

“We’re not thinking about the winter too much – it’s a new series and new conditions,” said the skipper, speaking at a private batting session to celebrate unconventional greatness in cricket with Royal London.

“The conditions this summer will replicate the conditions we’ll face in the World Cup next year, which is our focus.

“Winning away from home is very difficult and it’s hugely satisfying when you do that but this summer sees a different aspect to our game coming back here.

“The previous two summers have gone really well, so we want to build on that.

“We’ve had a really strong winter, rounded our game, developed it and brought it forward a little bit more, which is great.

“We constantly need to improve our game as we go on, particularly ahead of the World Cup.”

As the world No.1 side, England have seldom had a larger target on their back in ODIs – a fact Scotland exploited to quite magnificent effect in their historic win on Sunday.

But the upcoming Australian challenge is quite different to anything that has gone before.

In Justin Langer they have a new coach while Tim Paine takes over as captain, with Steve Smith and David Warner currently banned for their part in the ball-tampering scandal.

And the woes continue with Mitchell Starc, Josh Hazlewood and Pat Cummins all not making the trip, though Morgan knows that victory cannot be considered a foregone conclusion.

“Given what the Australians have gone through over the last six months, especially in South Africa, I think it’s an opportunity for their young guys to come through with one eye on the World Cup next year,” he added.

“There are less-proven players desperate to stake a claim and that makes them a dangerous side. We certainly won’t be taking them lightly at all.

“It was an extremely competitive series Down Under this winter. It might not look that way on the final scoreline but it was extremely tight and we worked incredibly hard and played some of our best cricket to get those results.

“Australia are always one of the toughest countries you play and they won’t be any different here.”

Royal London, proud sponsors of one-day cricket, is celebrating unconventional greatness in the game by championing the independent spirit of players and fans. 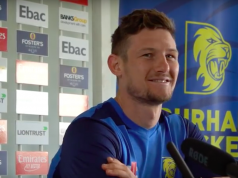