Nottinghamshire’s Hales elected to put all his eggs in one basket in February, following in the footsteps of international teammate Adil Rashid in pigeonholing his skills.

It means the 29-year-old won’t play red-ball cricket for his county for the next two seasons, with the 2019 World Cup the long-term focus for the destructive batsman.

It’s a move that some saw as controversial but Morgan, himself seen as a one-day specialist, believes it could be good for the Hillingdon man – particularly after his recent stint in the T20 competition, the Indian Premier League.

“It really doesn’t bother me whether Adil and Alex are just playing white-ball cricket or playing all three formats,” said Morgan, speaking at a private batting session to celebrate unconventional greatness in cricket with Royal London.

“What I want to see is players making the best decision for them. They know what is best for themselves and the decision they went with at the time, they were very happy with that decision, so I’m happy as a captain.

“That decision might change in a year’s time but a player has to be happy and commit to what they want to do. It works for them.

“Alex went away to the IPL, had some opportunities and learned a huge amount – he’ll come back a better player.

“They both came to speak to me before making the decision and asked for my thoughts, as well as what I was doing because I was in a similar position.

“I had no qualms with either of their decisions. It’s something that bothered them when they were playing red-ball cricket last year – they felt they couldn’t commit to white-ball cricket in the way they wanted.”

Just over a year remains until the World Cup reaches England shores, with Hales set to be a major part of whether his side can celebrate a trophy on home soil.

And a key part of that preparation begins this week, doing battle with Ashes rivals Australia in the first of five Royal London One Day Internationals at The Oval on Wednesday.

England go into the game as the world’s No.1 side but confidence will be far from sky-high, losing to minnows Scotland for the first time on Sunday.

But after beating Australia 4-1 Down Under less than six months ago, Morgan knows what Hales and co are capable of on their day.

“We’ve had a really strong winter, rounded our game, developed it and brought it forward a little bit more, which is great,” the captain added.

“We constantly need to improve our game as we go on, particularly ahead of the World Cup.

“The World Cup is definitely more important than being ranked the No.1 side in the world. It’s something we’ve been gearing towards for the last two and a half years.

“Since the 2015 World Cup it has been our benchmark of where we want to be at. We knew we wanted to be ranked in the top three in the world to have a realistic chance of winning it.

“Being awarded No.1 ODI side in the world recently is a reward for the successful work we’ve put in.

“It doesn’t make us think any more highly of ourselves but it’s a nice reward.”

Royal London, proud sponsors of one-day cricket, is celebrating unconventional greatness in the game by championing the independent spirt of players and fans. 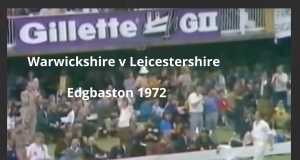